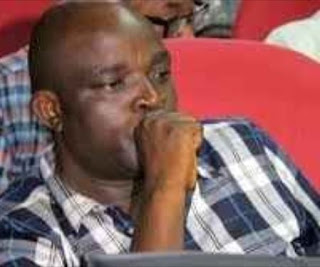 A former Head of Treasury at the Diamond Bank Plc., Lagos, Olaitan Fajuyitan, on Monday, May 27, 2019, told the Federal High Court, Maitama, Abuja, presided over by Justice Nnamdi Dimg alt=’How we moved N1.2billion for Fayose?s aide -?Witness tells court’ class=’img-responsive text-center’ style=’margin: auto;’ba, how his team internally processed the sum of N1.2bn (One Billion, Two Hundred Million Naira), acting on the transfer instruction given to them by Abiodun Agbele, who is a signatory to the Sylver McNamara Limited’s account. Agbele is an aide of the former Governor of Ekiti State, Ayo Fayose.
Recall that Agbele is standing trial before Justice Dimg alt=’How we moved N1.2billion for Fayose?s aide -?Witness tells court’ class=’img-responsive text-center’ style=’margin: auto;’ba, on alleged money laundering preferred against him by the Economic and Financial Crimes Commission, EFCC, to the tune of N1.2bn (One Billion, Two Hundred Million Naira). The money is allegedly from the office of the National Security Adviser (ONSA), under Sambo Dasuki.
At the last hearing on the March 29, 2019, while being led in evidence by Prosecution counsel, Wahab Shittu, the witness, PW4, told the court that he received an instruction to process “a high valued transaction”, which could only be made at the Head Office of the bank through the department he was heading.
However, at the resumed hearing today, Shittu prayed the court to admit in exhibit, a certified true copy of Payment Instruction, dated June 16, 2014 and the evidence was thereafter admitted as Exhibit AA13, which was the written instruction, stating that the first defendant, Abiodun Agbele, sent to the bank on behalf of his company, Sylver McNamara Limited.
The witness, under cross-examination by the counsel to the 3rd Defendant, Olalekan Ojo, SAN, told the court that he never met Agbele during and after the processing of the transfer. When asked if he was aware whether the bank complied fully with the instructions that the first Defendant gave in the letter earlier admitted in Exhibit AA13, he declined to the question.

“Cash in Transit, CIT, only processes internal transactions and it’s the only transacting department in the head office. I am not aware if the bank fully complied with the instructions in the letter as it was not for my team to know that. I only work for the bank, I am not the bank”, he stated.

When asked by the Counsel to Agbele, Mike Ozekhome, SAN, who was represented by Ikem Okoro, if Diamond Bank deals with illicit funds, he said: “I do not know if the bank deals with illicit funds, but I am sure the bank deals with funds and are legally bound to carry out lawful instructions of a customer in respect to his account.”
Agbele said he was not aware if the funds were transferred to the beneficiaries on the withdrawal instruction earlier admitted as exhibit, because he is not the account officer to Sylver McNamara Limited adding that he and his team legitimately performed their duties as there was no query issued to them by their superior officers in respect of the same transaction.
The defense counsels said they have no objection to the request to allow the prosecution witness to step down from the witness box as he has concluded his testimony. Justice Dimg alt=’How we moved N1.2billion for Fayose?s aide -?Witness tells court’ class=’img-responsive text-center’ style=’margin: auto;’ba then adjourned the case to June 24 and 25, 2019, for further hearing, as Wahab Shittu, informed the court that Senator Musiliu Obanikoro, a former Minister of State for Defence will be available in court to give his testimony as a prosecution witness.