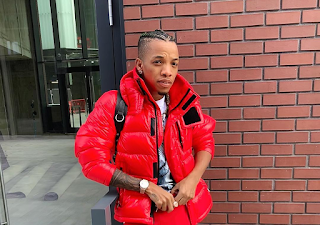 Tekno may have reacted to the brewing feud between former label mate Iyanya and Triple MG boss, Ubi Franklin.

The Woman crooner made a post on Instagram which he captioned, “My Elders Tripping”.
This has sparked mixed reactions from fans considering both Iyanya and Ubi Franklin are his elders in the music business.
Ubi and Iyanya have been all over the media airing their dirty laundries.
The Kukere singer has accused his former label boss of ripping him off while Ubi has responded otherwise.
SEEKHYPE had reported a recent interview where popular OAP, Dj Freeze hosted Iyanya. The singer made several allegations about his former boss. He also said someday Tekno would speak out and reveal the dark side of Ubi Franklin.